Sharing sites from my walks and rides along the American River.  I found two labyrinths on the American River Parkway bike trail. A huge one near Rossmoor Bar picnic and beach area. The labyrinth below is located a few minutes walk east of Fair Oaks Bridge.  Butterflies are busy pollinating flowers. Spring flowers “pop out” all over! Wildlife also continue to engage in traditional daily and seasonal rituals. Is it possible that people are the only ones whose lives have been interrupted, paused or lost this year? 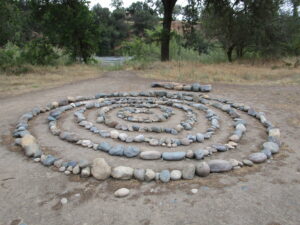 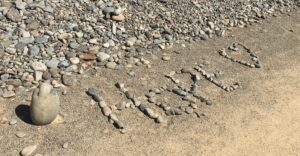 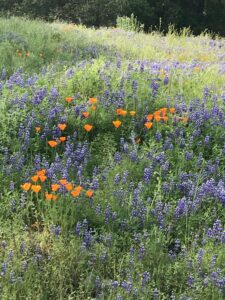 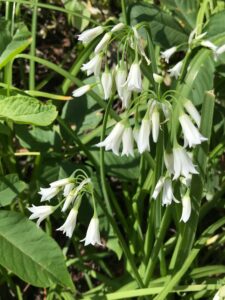 The American River is quiet once again after one of the wettest winters in 20 years. What wildlife will return to the river this spring?

Clouds cover the sky. Raindrops fall on my windshield. In the 10 minutes it takes for me to walk to the river, the sky has already brightened. The raindrops that fall on the bridge quickly evaporate. I feel a cool breeze blow against my face. This is the first moisture of late summer and in a few minutes the drizzle has passed. 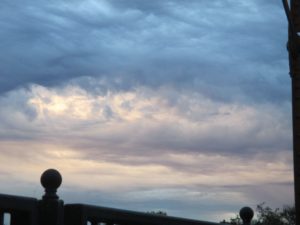 Roosters wake up the neighborhood with their calls – one crowing and another responds. Far fewer roosters are awake. Maybe the chill has kept them hiding in trees a little longer?

I know the morning sun has risen over the trees. Yet I cannot see it today hidden behind dense cloud cover. END_OF_DOCUMENT_TOKEN_TO_BE_REPLACED

Lots of activities at the river: cyclists, walkers, new goslings, ducks fly in and search for breakfast. Canada Geese bob for breakfast.

Discusses the curious qualities of Canada Geese and ducks as they relate to each other through their unique style of communication. And the idea that their lives are far less hurried than that of the people who watch them.

Be part of the experience when light rain falls on the American River. What is the song of the rain? What is the scent it carries? Hear ducks as they play at the river.

As I arrive on my bike at the Fair Oaks Bridge, I see a flock of 50 seagulls gather on the north side of the river. More fly in to join them.

Seagulls gather at two prime locations along the river waiting for their chance to nibble on remnants of salmon after spawning. Turkey vultures circle overhead. All looking for salmon.

The river’s resident egret flies in, squawks and lands on the smooth riverbank searching for food. The wildlife living at the American River are left alone with no fishing allowed. A few salmon jump and splash down. A warm day for riding, despite the cloud cover.

I wonder is the fish ladder open yet? I ride to the Nimbus Fish Hatchery to find out. Yes! Salmon have returned home. Salmon are leaping into the ladder from the open gate. A group of salmon all already crowding the holding tank at the top of the fish ladder – the last stop before salmon move into the hatchery for spawning. Crowds of people line the fish ladder to watch each salmon leap each one level upward and capture the moments in photos. END_OF_DOCUMENT_TOKEN_TO_BE_REPLACED

The sun is high in the sky and white puffy clouds sit along the top edges of distant trees. On my way to the bridge, I see two squirrels playing hide and seek as they dance in circles around a palm tree at the curb. Their sharp claws gripped the jagged trunk. I hear so much chatter from the tree to my left as I walk on to the bridge. Small birds chirp, flap and fly from branch to branch.

A squirrel darts up and down the trunk. I have seen this squirrel-bird conflict in other trees and I wonder if they are naturally unfriendly to each other? Are the birds defending their tree? Are they demanding the squirrel stop shaking the branches as it searches for acorns? END_OF_DOCUMENT_TOKEN_TO_BE_REPLACED

I look to the sky and see a long, black line flying quietly in the sky. Wondering if I am looking at bats flying out from the bridge? Looks like 100s of them are flying above me.

Roosters are active this morning, singing their song from the trees. I am the first one out. I see no one on the way to the bridge. The air is icy cold. A runner jogs past me dressed in his warm ups, jacket and cap. END_OF_DOCUMENT_TOKEN_TO_BE_REPLACED

The American River is quiet once again after one of the wettest winters in 20 years.

Birds are twittering in distant trees. The entire boat launch ramp is visible, except for a wide strip of mud stretched across it. The sun rises behind thin, white streaks of clouds. I see a cyclist and a pair of walkers this morning out even earlier than I am. 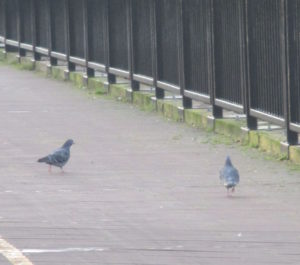 As I walk to the bridge, I wonder what wildlife has returned to this part of the river.  Half dozen pigeons fly in circles over the bridge three times before deciding to settle down on the overhead frame. One flies down and wanders the bridge deck to be joined later by a second pigeon.

As I look out to the water, searching for wildlife, I hear Canada Geese honking immediately behind me. I turn around to see them sitting on a round cement support leg of the bridge (outside the upright bars), discussing what to do next. An instant later, they fly into the sky still engaged in conversation. Next I check for spider webs attached to the bridge and see several perfectly spun webs, no spider to be found. END_OF_DOCUMENT_TOKEN_TO_BE_REPLACED