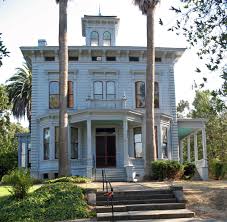 The size, capacity and management of the Strentzel-Muir Ranch played a major role in the development of early California agriculture in the Alhambra Valley.

Dr. John Strentzel, a Polish immigrant, who would later become John Muir’s father-in-law, was one of many successful pioneers who arrived in the gold fields and soon left to become a farmer. He eventually arrived at the valley of Rancho Cañada del Hambre, a Mexican land grant.

Mrs. Strentzel preferred the name “Alhambra” to Rancho Cañada del Hambre. From then on, the area was known as Alhambra Valley. For the next 25 years, Dr. Strentzel continued to acquire property and over time expanded the size of his holdings until reaching its peak at a total of 2,300 acres.

Dr. Strentzel helped establish the Alhambra Grange creating the opportunity for farmers to work cooperatively, get the best prices, and ship and store produce and grain. Later the Grange became an important resource for agricultural research.

Fifty-five varieties of peaches and thirty-six varieties of apples were a small fraction of his total production. Strentzel was the first in California to grow Muscat and Tokay grapes as well as other select varieties. He produced the first raisins and made his own wine. By 1875, as a result of Dr. Strentzel’s influence, the Alhambra Valley was planted with more than 70,000 fruit trees.

John Muir applied his talent for efficiency and inventiveness to improve ranch operations by inventing a machine that helped ranch workers plant vines in a straight line. Muir worked alongside the Chinese immigrant workers to plant and harvest hundreds of tons of fruit each year. At age 50, Muir weighed less than 100 pounds from working so long and hard in the fields. At one point, Chinese immigrants were responsible for harvesting two-thirds of all the vegetables in the state. They accounted for some twenty-five percent of the labor force in neighboring Alameda and San Mateo counties. The gently sloping hillsides of the Alhambra Valley were filled with orchards producing peaches, pears, figs, apricots, cherries and walnuts for residents of the growing city of San Francisco and around the nation.

Railroad Travels Through the Alhambra Valley. The Santa Fe and San Joaquin Valley Railroad (later to become the Atchison, Topeka and Santa Fe Railway) and Burlington Northern railroad were interested in expanding their rail lines into Martinez. Muir took advantage of this opportunity to expand his markets. In October 1897, Muir transferred a right of way to the railways one-quarter mile south of the Muir and Martinez Adobe. Muir received a lifelong pass for his donation of the property. The railroad named the stop at the east approach to the tunnel, Muir Station. By 1906, there was a 1,680-foot wooden and steel trestle above the orchards on the north slope of Mt. Wanda, a 300-foot tunnel and a railroad grade.  This railroad grade is now Highway 4 passing alongside the current John Muir National Historic Site. 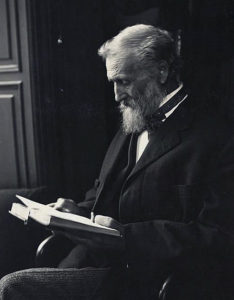 John Muir Transfers Ranch Ownership. Muir had been steadily selling and leasing large chunks of the ranch for years. He used the money to support his family and provide the funding he needed to travel and write. In 1891, Muir immersed himself full time into his conservation work and writing and passed the ranch management to his son-in-law Tom Hanna, who married Muir’s eldest daughter Wanda.

California Emerges as Agricultural Leader. In 1910, California emerged as one of the world’s principal producers of grapes, citrus, and various deciduous [annual] fruits. The access to the rail transportation, refrigerated cars, improved roads, the new focus on understanding biology of the fruit and the introduction of new industrial technologies such as canning, packing and machinery accelerated California’s agricultural standing to a position of global leadership.

Alhambra Water Fresh From a Local Spring. Other new businesses started in Martinez and the Alhambra Valley. Loron Lassell owned a 300-acre ranch in the valley and located a fresh water springs on his ranch. In 1902, he began bottling his water and sold it under the name of Alhambra Water to San Francisco, Oakland and Contra Costa towns. The springs were abandoned in 1954 when the company was sold to Foremost-McKesson.

This blog post is excerpted from the original text printed in Field Trip Curriculum for the John Muir National Historic Site, written by Janice Kelley and published by California State University, Sacramento in 2013.

“Everyone needs beauty as well as bread; places to play in and pray in, where nature may heal and give strength to body and soul alike.”

“Camp out among the grass and gentians of glacier meadows, in craggy garden nooks full of nature’s darlings. Climb the mountain and get their good tidings. Nature’s peace will flow into you as sunshine flowers into trees. The winds will blow their freshness into you, and the storms their energy, while cares will drop off like autumn leaves.”

This exhibit presented in the Gallery of California History at the Oakland Museum of California highlighted the critical partnership between Sacramento and the two major rivers that run through its cities and outlying suburbs – the American River and Sacramento River.

Janice was part of an interpretive writing team. Each writer focused on a single topic to research and write.  What’s Happening Sacramento? highlighted the impact of the two rivers on area history, wildlife and ecology, agriculture, economy, recreation and lifestyle, and flooding. 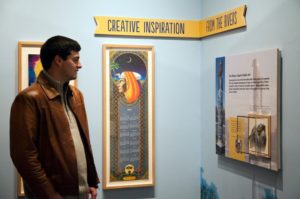 photographs are courtesy of the Oakland Museum of California.